A Sri Lankan firm which transforms elephant dung into beautiful, eco-friendly paper, has won a major global competition which rewards businesses and projects that put something back into their communities.

‘Maximus’, based in Kegalle at the foothills of Sri Lanka’s central mountainous region, beat more than 800 other projects from 120 countries to win World Challenge 2006 and a US$20,000 grant from Shell. The company uses a range of unusual products, including elephant dung and bark from banana trees, to create a line of papyrus-like paper.

The notion’s far from quixotic. Sri Lanka is home to some 3,000 elephants, whose numbers are dwindling – due to poaching and conflict with farmers, who view them as very hungry pests.

Part of the company’s profits goes back to the local elephant orphanage.

More than 33,000 people around the world voted online in the World Challenge 2006 competition – run by BBC World, the BBC’s international news and information television channel, and Newsweek, the weekly global current affairs magazine, in association with Shell. The competition searches for, highlights, and rewards individuals or groups that have used enterprise and innovation to the benefit of local communities.

‘Maximus’ was voted as the winner while the two runners-up, which each received US$10,000, were ‘Cards from Africa’ in Rwanda and ‘NGO Dalit’ from Bangladesh.

The three companies were presented with their prizes at a special awards ceremony, filmed by BBC World, in The Hague last night (subs: December 6). The World Challenge 2006 Awards ceremony will be shown on BBC World on 16 and 17 December.

The World Challenge began in 2005 and was a huge success. BBC World, Newsweek and Shell have continued and expanded the competition into 2006. Nominations for the 2006 competition closed on 7 June and a total of 816 nominations were received – a 79% increase on last year’s nominations of 457.

Twelve finalists were chosen by a panel of expert judges as the best examples of community-based business,development or environmental projects. Their stories featured on BBC World globally in October and November 2006 and the channel’s 65 million weekly viewers were then invited to vote online for the most commendable and inspirational project.

Newsweek also mirrored the programmes’ content in a six-part series of advertorials about the 12 nominees, aimed at driving its readers to the online voting site. The campaign reached 1.5 million weekly readers across Europe, Asia and Latin America.

Richard Sambrook, CEO of BBC World says: “ I’ve been amazed by the huge number of entries we’ve received for the World Challenge 2006, and equally inspired at the quality and diversity of the projects. This competition has again been extraordinarily successful, capturing the imagination – and the votes – of many thousands of BBC World viewers around the globe. We are delighted to be involved with such an inspiring project for the second year running and extend our congratulations to Maximus.”

Gregory J. Osberg, Executive Vice President and Worldwide Publisher of Newsweek, says: “World Challenge 2006 is about getting involved and making a difference at a grass roots level. Now in its second successful year, this global competition provides a forum for rewarding innovators who are actively seeking solutions to problems like poverty, hunger and pollution in the communities in which they live. Newsweek congratulates this year’s winner, Maximus — a wonderful example of an idea that provides a social dividend without costing the Earth.”

Roxanne Decyk, Director, Corporate Affairs, Shell says: “Shell is delighted to be involved once again in the World Challenge. This unique competition has generated an unprecedented response and as a result we have seen some fantastic, grassroots projects that are benefiting the communities and environment in which they are operating. We would like to congratulate all of the finalists and the other nominees. Without their innovation, commitment and drive, World Challenge would not have been such a great success.”

The winner of World Challenge 2006, Maximus, set up shop in Kegalle in 1997 not far from an elephant orphanage. In Sri Lanka there is competition between elephants and a growing human population for land.

The orphanage was set up to rescue young tuskers whose parents had been killed by poachers or angry farmers. The proximity of the elephants was a boon for the papermakers; for as soon as they discovered elephant dung is an ideal raw material for paper products, they began a line of elephant dung paper to draw attention to the plight of the Sri Lankan elephant – whose Latin name, Elephus Maximus, was the inspiration for the company’s name.

This unusual product has found buyers within Sri Lanka and throughout the world, and a portion of the sales are donated to the elephant orphanage. But elephants are not the only beneficiaries. Maximus provides an income for 35 staff, and its recently established “Peace Paper” programme helps rural people earn money from collecting dung from wild elephants.

As Maximus founder Thusitha Ranasinghe explains, this program will hopefully create “a mutual and beneficial relationship between man and beast, rather than the conflicts that currently exist.” 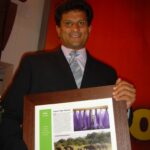 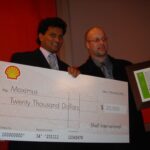 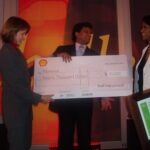 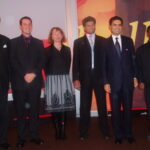